If Bill Shorten is elected on the 18 May, he will for the first time in Australian history have equal numbers of men and women in the Labor caucus from which to select a gender equal cabinet.

This will be a watershed moment for the Australian Labor Party and the nation. A twenty-five year project to lift the numbers of progressive women in parliament will reach its political zenith.

Until Shorten’s powerfully emotional defence of his mother’s memory, most people have had little understanding of how important gender equality is to the Labor leader.

But as a champion of affirmative action and equal opportunity for women in the Labor party I have seen Bill’s support for women up close and personal. Through our work together in the lead up to National Conference 2015 to lift the target for women candidates to 50%, I have seen the kind of leader Bill will be.

There’s Bill the builder of consensus.

EMILY’s List Australia campaigned hard for the 50% target – in branches, online and in the press. We’d been working incrementally towards it since forming in 1997, but this last 10% was proving difficult. In the lead up to conference, Bill never left us in any doubt that he took the campaign seriously and was working behind the scenes to bring together allies for change, including some blokes traditionally nervous about women’s advancement in the party. He used his clout, political judgment and leadership to back our gender equality motion in. He front footed his support in his opening speech to the party faithful. Consequently, when the vote was taken on the floor, there was not a word of dissent – no speakers opposed; not a single hand raised in opposition. The ALP will reach it target of 50/50 by 2025 ahead of schedule.

You can see it in the way he works with Tanya and Penny and the way he talks about Chloe. He cedes space and time for women to shine. Not all male leaders are comfortable with doing that.  The reverence he has for women leaders is not just for feminist superstars when the camera is on him. He respects women activists and rank & filers. On the eve of national conference he called women activists like me personally to talk through his intention to support the Affirmative Action motion and offered praise and thanks. It’s no accident we felt like we’d shared that win with him. 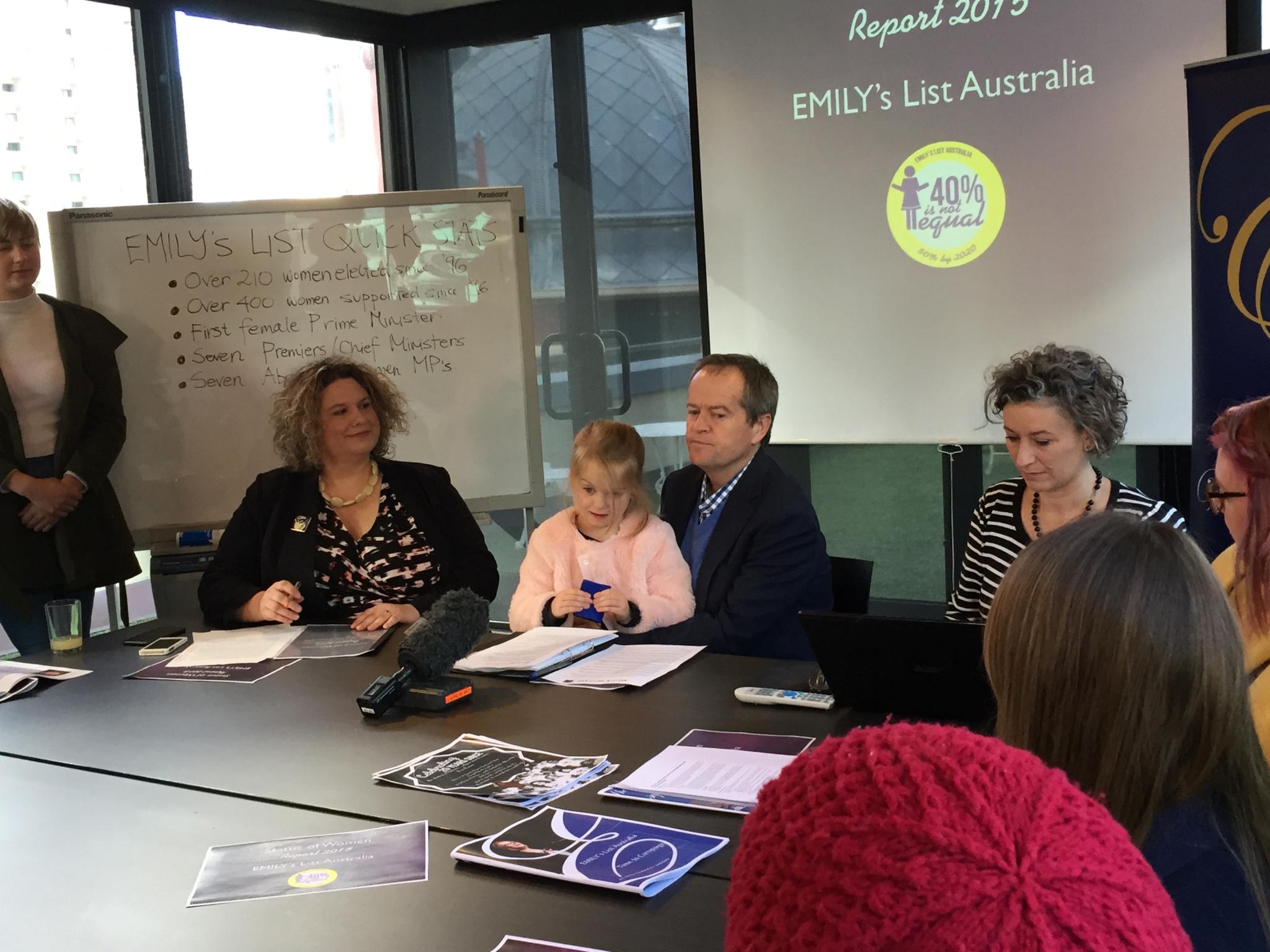 It was Bill who called me on the evening when Fiona Richardson, Australia’s first Family Violence Prevention Minister passed away. As her Chief of Staff, I was struggling with my own grief, as well as the responsibility for managing media and a family in crisis. In the middle of the maelstrom, Bill picked up the phone and offered real and genuine care for me as a member of the Labor family. He knew I’d be devastated and he was simply lovely.

But it’s Bill the family man I admire most.

The man who wants only the best for his children, especially his daughters. And that includes being a present figure in their lives.

Since he took on the Labor leadership, I have seen him at dozens of events, including Saturday afternoons for EMILY’s List Australia, where he has rocked up suited and booted, with Clementine in his arms. No Chloe. Just Bill enjoying being a dad and balancing work and life. No cameras or fanfare. Just a Labor man relaxed in a room full of progressive women, where he knew there’d be nothing but acceptance for a leader working while carrying & parenting a child.

Until this week, this side of Bill hasn’t been allowed to cut through. I’m so grateful that he defied the minders and the Murdoch media to show the world unguarded Bill. The unfakeable tears; the casual slip on a swear word; a gentleness in leadership style more akin to coach than autocrat.

A person not only comfortable with sharing leadership with women but unafraid of appearing feminine. 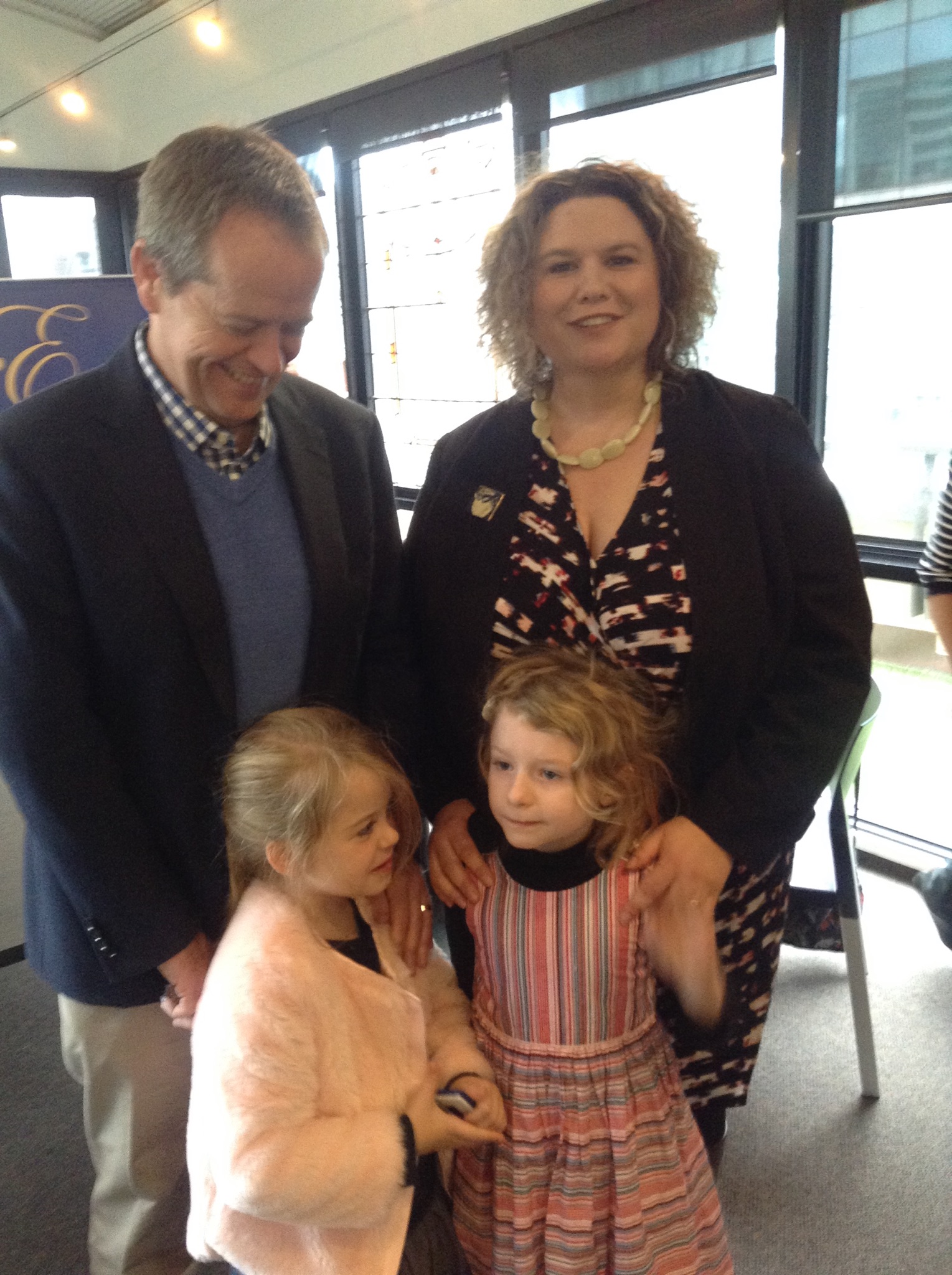 Australian voters say they crave politicians who are authentic and not simply party automatons. Many Australians took to social media pledging to flee across the Tasman, in adoration for Jacinda Arden’s loving response to the Christchurch Mosque bombings. We want someone like that. Now everyone, not just party insiders, know Bill’s heart is in it.