What a result!  When women support women, women win!

Australia has voted for change. Thank you to every volunteer, campaigner and voter who supported our EMILY's List Candidates

We will be able to update our new members when final votes are counted.

Congratulations to the sensational women of South Australia. 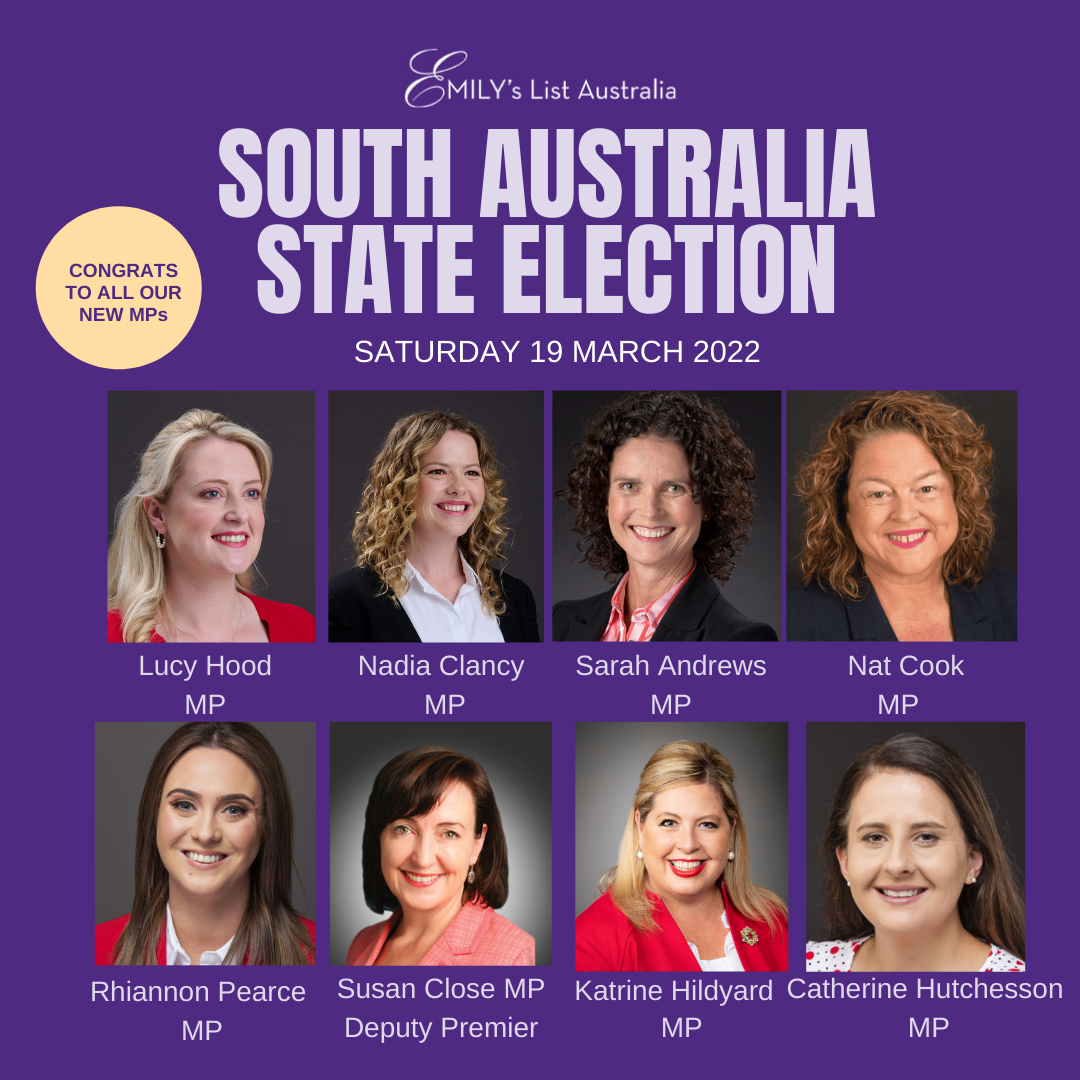 All eight of EMILY's List endorsed candidates were elected as part of the new Malinauskas Government.

It has been been a privilege to endorse and support, these passionate, progressive Labor women.

EMILY is an acronym which stands for Early Money Is Like Yeast – it makes the dough rise. Donating to progressive Labor women candidates early in their election campaigns provides them with the foundation on which to build their success. The Early Money Fund is distributed by National Committee to endorsed candidates.