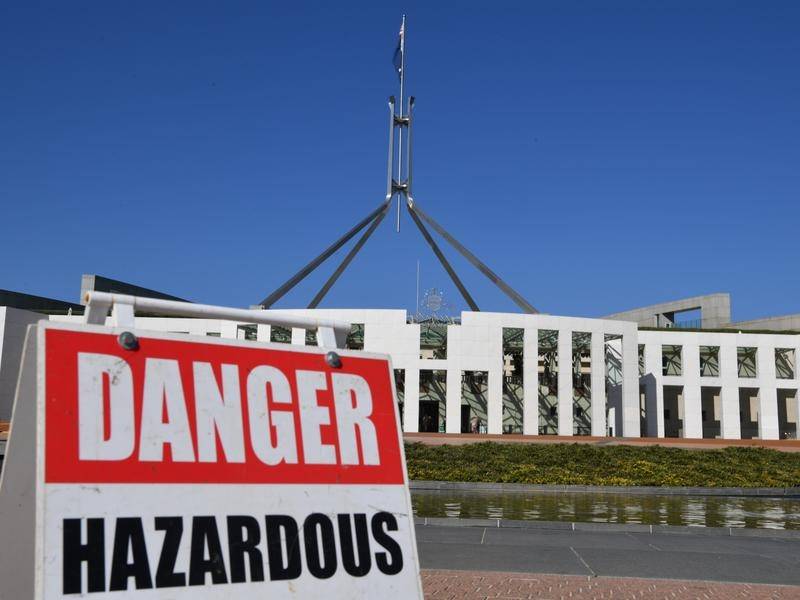 "It's a shocking report, but it's unsurprising to everyone that I know," national co-convenor Leigh Svendsen told AAP.

The Morrison government has been warned against cherry picking fixes to make sure women are safe at federal parliament following a damning expose of sexual harassment and bullying.

Prime Minister Scott Morrison hasn't committed to implementing all 28 recommendations, including an independent commission with the power to recommend sanctions against badly behaved politicians.

"I look forward to working through the multi-party process to ensure we can follow through on the report that was provided," Mr Morrison told parliament on Wednesday.

"What we need to ensure is that this is the moment we listen and we act. We can't keep offering platitudes," she told AAP.

"They (the recommendations) are not to be cherry picked.

"People say they're shocked by these results. Well, we can't be shocked and then not do anything and expect this to change."

One-third of people working in Parliament House and federal politicians' offices have been sexually harassed on the job. Just 11 per cent reported the harassment.

About a quarter of people told Sex Discrimination Commissioner Kate Jenkins' review of parliament's workplace culture their harasser was a politician.

Her call for gender quotas to help is not supported within the coalition.

"I hate it when it is put to me that I'm only in a particular role because I'm a female and unfortunately gender quotas feed into into that," Home Affairs Minister Karen Andrews told 4BC radio.

She does back a ban on alcohol during parliamentary sittings, found by Ms Jenkins to be part of the problem.

The review also called on parliament to make a statement acknowledging the harm caused by bullying, sexual harassment and assault.

Also under the reforms, a joint parliamentary standards committee would be established to develop codes of conduct for politicians and their staff.

They would be enforced by an independent commission with the power to make findings about politicians' misconduct and decisions on sanctions, such as apologies or undergoing training.

More serious sanctions could be recommended to the House of Representatives or Senate to decide to enforce.

Ms Jenkins found three-quarters of people had experienced, seen or heard about bullying as well as actual or attempted sexual assault and harassment.

Labor is also yet to commit to implementing all the recommendations.

"It makes a lot of sense to me, but we will go through it with our staff," Labor frontbencher Tanya Plibersek told ABC radio.

"It's a shocking report, but it's unsurprising to everyone that I know," national co-convenor Leigh Svendsen told AAP.