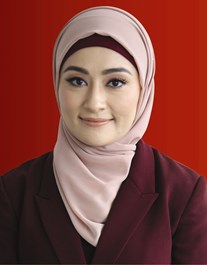 In the 2022 Federal election, six WA senate positions were up for election. The expected election outcome was a retention of the status quo three Liberal, two Labor and a Green. It was considered any change in the Liberal vote would benefit a minor party.

Fatima Payman, one of six young West Australians chosen as an Emerging Leader in the Developing Communities and 2020 winner ELA Western Australia’s Don't Be Too Polite Girl! Award, was selected to run in the third position on the WA Labor Party’s 2022 Federal election ticket. Fatima was generally considered to be an unwinnable position.

There's no way to campaign for yourself in the senate. Candidates use their connections and capacity to campaign on the ground to maximise the party vote.

While recognising there was a low probability of electoral success this time around, Fatima expected to get some experience to prepare for a future campaign.

“Before reaching out to ELA I felt doubtful of my ability to navigate the political system and this male dominated sphere - also lacking diversity - appeared so intimidating. EMILY’s List Australia is my network of strong women, empowering others to follow through as we continuously pave the way for a better future for women in politics.” - Senator Fatima Payman

ELA mentor Janine Freeman encouraged Fatima to hold true to her commitment on how she wanted to campaign.

“My mentoring has always been to support the candidate; to be a frank and fearless confidant. I was able to clarify and encourage. My most valuable support was to help navigate the party system and at the early hurdles, I was able to assist in pushing aside some of those obstacles.” - Janine Freeman, Former Member of the Western Australian Legislative Assembly

Encouraged by her mentor, Fatima made the most of her strong connections to the youth members and went door knocking.

Labor increased its WA vote in the Senate votes by an astounding +6.93% and Fatima Payman became the first hijab wearing Muslim woman to sit in Australia's Parliament.

“Thanks to ELA support, I have met incredibly talented and driven women, who have inspired and supported me through my journey in politics.” - Senator Fatima Payman