EMILY’s List Australia has released Impact Analysis research – the first of its kind in the world – which demonstrates what a critical mass of progressive Labor women working together for gender equality can achieve in parliament. 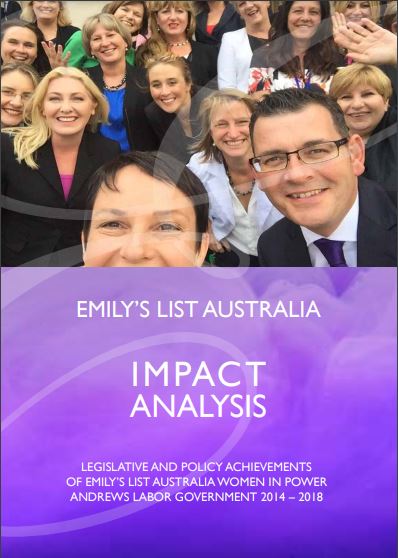 Over the past four years of an Andrews Labor Government in Victoria, comprised of 42% women in the Cabinet and 44% in the government overall, significant achievements have been made in public policy, legislation and cultural change promoting equity, diversity, choice, childcare and equal pay. The full Impact Analysis of EMILY’s List Australia women in the Victorian Parliament 2014-2018 and our media release accompanying the report can be read below.