Violence against women is a barrier to women entering Australian Politics 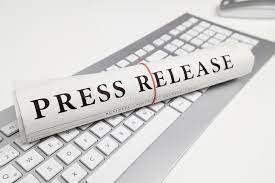 The recent revelations of sexual harassment and assault within Parliament House in Canberra has exposed political organisations as unsafe workplaces, where violence against women in politics is commonplace.

The Julia Gillard Next Generation Intern report to be released today paints a bleak picture of treatment of women in politics in Australia. It shows how experiences of abuse negatively impact women from when they are girls first expressing their interest in politics, to when they become women in senior public office. This has significantly limited the progress of women’s political representation and leadership in Australia.

In the report to be launched by Ms Gillard AC in a virtual event today, The Missing Women of Australian Politics: How violence against women creates barriers to female representation, prepared by the 2020/21 intern Medha Majumdar, the negative impact of violence against women in pursuit of political careers at all stages of their involvement in the political process is revealed.

Interviews with current and former Members of Parliament, election candidates, and political staffers, as well as an anonymous survey of women with experience in politics at all levels of government informed this report. It also analyses international examples of progress, primarily from the United Kingdom, who are doing substantive >work to make their parliaments and political parties safer. In doing so, it makes recommendations to reduce the prevalence of abuse and harassment in politics. These recommendations seek to raise awareness, and improve support structures and reporting mechanisms, to enact cultural change in politics in Australia.

The Julia Gillard Next Generation Internship gives life to Ms Gillard and EMILY’s List shared vision to make political life easier for the next generation of talented progressive women leaders.

"Women belong in parliament: as staff, members of parliament, and at every level of leadership. While the findings of this report highlight the serious barriers women are facing at all stages of their career, we must now use this research, and the growing dialogue about the treatment of women in parliament, to ensure we go forward prepared to support, foster, and learn from, the leaders of the future.";

"Experiences of violence at each stage of the journey into politics forces some women to leave their aspirations for leadership behind. The findings of my research suggest that there are hundreds of women who should have been in positions of political leadership throughout Australian history, but were pushed to exit their political careers before they were able to fulfil their potential. They are the missing women of Australian politics -; competent, enthusiastic, and inspiring individuals who were targeted by abuse to force them out."

"From the bravery of Brittany Higgins, the women initiating the March4Justice, to the recent ABC Ms Represented series, women have said enough is enough. We believe that having more women at all levels of the decision-making process creates cultural change and we will use these recommendations to guide our work to dramatically increase the number of women elected to parliament. We thank the Australian Workers Union and Slater and Gordon Lawyers for their leadership in supporting the internship and sharing our vision.”