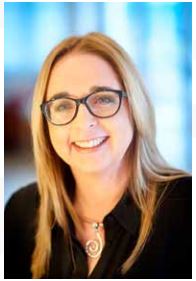 Michelle, a member of ELA from the beginning, is a shining light in advocacy for equality for women. From the early days at the start of the affirmative action debate in the ALP, then as a co-convenor of ELA, to her role now as the Australian Chair of the Commonwealth Women Parliamentarians, working to increase women’s participation in the political process has been central to her core values.

Currently Deputy Leader of the Tasmanian Labor Party, Michelle was first elected to the Federal Parliament in 1998 to 2004 and has been in the Tasmanian parliament since 2006.

As Minister for Health, she was instrumental in guiding through decriminalisation of abortion legislation in 2013, ensuring safe access zones as a first in Australia, safe birthing, access to early learning and supports that contribute to a safer, respectful Tasmania for all women. She has been at the front of progressive family violence reform in Tasmania for more than 20 years. Michelle’s multiple nominators described her as “a campaign supporter, instigator, warrior and back stop for all women.

Michelle builds other women, early so they truly can rise” and “Tasmania was the first state to achieve safe access zones, and it happened because of Michelle’s leadership, and others have followed her lead. This fact alone qualifies Michelle for this prestigious award, plus she has always been a stalwart  of our Tassie EMILY’s family including mentoring women like me.”

The 2019 EMILY is awarded to two outstanding women, Michelle O’Byrne and Claire Pullen