Why They 'March4Justice' Against Gendered Violence 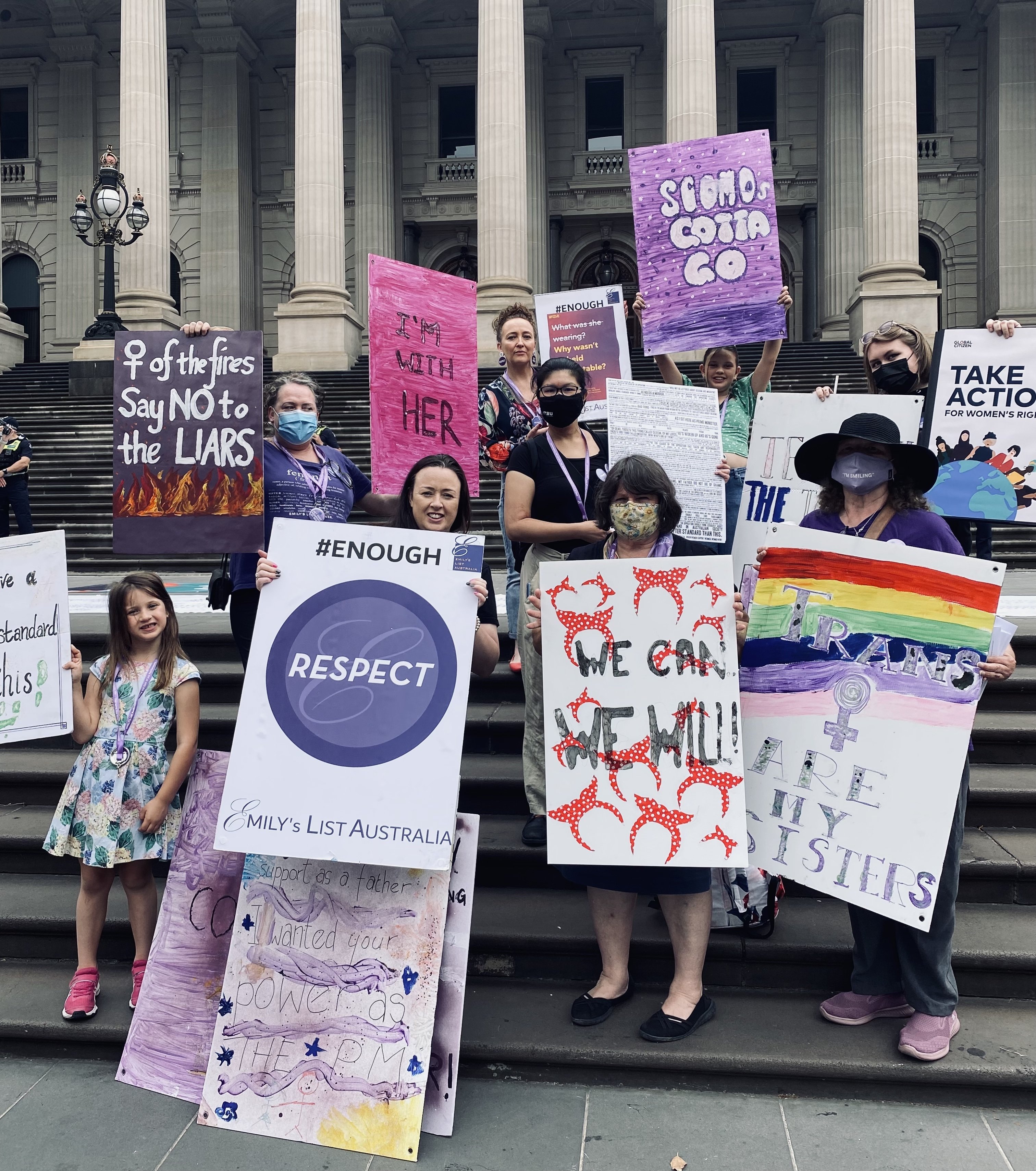 Gendered violence has been a systemic issue across Australia for too long.

Thousands of women, men and children attended rallies across Australia on Feb. 27 to protest gendered violence.

March4Justice, the grassroots organisation behind the peaceful protests, said the mass showing of public support is bound to build upon existing pressure for politicians to “put an end to issues of sexism, misogyny, corruption and dangerous workplace cultures” throughout the country.

An extract from on the Global Citizen article on some of the powerful reasons Melburnians showed up to protest for equality.

EMILY’s List Australia is an independent, national organisation that works to raise money to allocate to endorsed candidates to kick-start their political campaigns. The group told Global Citizen that they had supported almost 300 women in Australian parliaments at federal and state levels.

The organisation is the only network of its kind in Australian politics.

'We get women elected into parliament. We firmly believe that when you put more women into parliament, you change the culture. And then you get legislation that affects women. It’s a big picture thing, so we just focus on state and federal. We're very busy at the moment."