The best thing about celebrating significant dates is the fun you have looking back at the memories and achievements created. 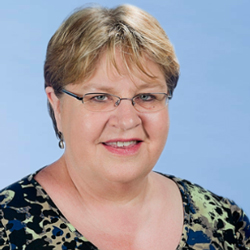 I joined EL back then, as the Industrial Officer of the NTEU NT Branch. Founding members in the NT were Nanette Hunter, June D'Rosario and Loretta Askew, then came Barbara Boden and me.

"30 Labor women had been pre-selected to contest the 1998 Federal election. 16 of those candidates won their seats,
11 of them had been supported by EMILY's List, and the number of women in Parliament grew from 4 to 16."

What most EL members will not know is that the very first women to receive support were actually in the Northern Territory. In 1997, a snap election was called and Maggie Hickey, Leader of the Opposition and member for Barkly (Tennant Creek) along with Clare Martin, then member for Fannie Bay were provided with $3,800 to support their re-election.

Maggie and Clare used the EL funds to place half page advertisements in NT newspapers to counter the sexist Coalition campaign (and to acknowledge the support from EMILY's List). Though the Labor party lost ground in the election, both Maggie and Clare won their seats with an increased majority. It was affirmation, although we didn't need it, that early money really does have an impact.

At the AGM in Adelaide in November 2002, Carol Martin MP strongly advocated the need to make indigenous equity a reality and EMILY's List formed a working party to make it happen.

It was exciting to organise and host a planning seminar in Alice Springs in May 2003 on behalf of the NT EMILY's List,List Action group. EL women from across the country gathered to address the systemic disadvantage of aboriginal women. This saw the establishment of the Partnership for Equity Network (PEN) and the creation of an advocacy and support network between EMILY's List, members and Indigenous Members of Parliament and Indigenous Activists.

EMILY's List has made a difference because its supports women who are advocates for change and they have made that difference happen. It's important to celebrate the milestones and the gains, but EMILY’s List still has much to do.

Trish Crossin served as Senator for the Northern Territory from 1998 to 2013, She was an EL NT Convenor and a National Convenor.

To celebrate our 25th anniversary we are launching the HERStory Project to collect our stories and achievements.  HERStory will ensure our place in history is available to inspire and educate the next generation of progressive Labor women.